The American adventures of Woody II

The Adventures of Woody II

For the last 5 years, Woody II has been riding comfortably on the handlebars of my 2003 Heritage Softail Classic. He's been to Americade and Centralia, been through the Pine Barrens of New Jersey and has participated in 4 Motorcycle Podcasters Challenges. Not to mention miles and miles around New Jersey.

That changed though. Thanks to the efforts of some fellow riders, Woody has been all over America and parts of Canada. As of this writting, Woody is back home and relaxing on my desk while my bike gets some repair from water in the tank damage... YIKES. But soon he will be back on the road and where he goes is anyone's guess. Will you be his next riding partner? If you'd like to be, let me know in the form below.

And if you get Woody II, take him with you and take pictures. Email the pictures to:

and put "Adventures of Woody II" in the subject line. Tell me where the picture was taken. Then, pass him off to another rider who is traveling/touring to someplace else. The idea is to get him around the country, Alaska and Hawaii too if possible. And hopefully, at some point, have him return home safely and preferably in one piece. Help make the adventures of Woody II awesome. 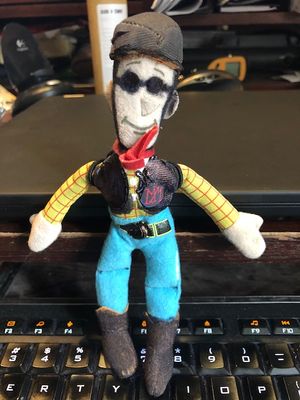 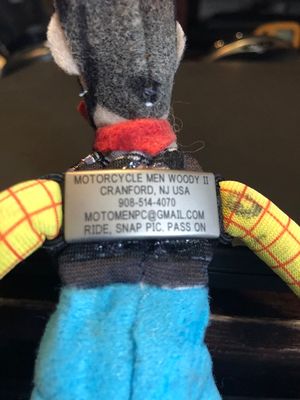 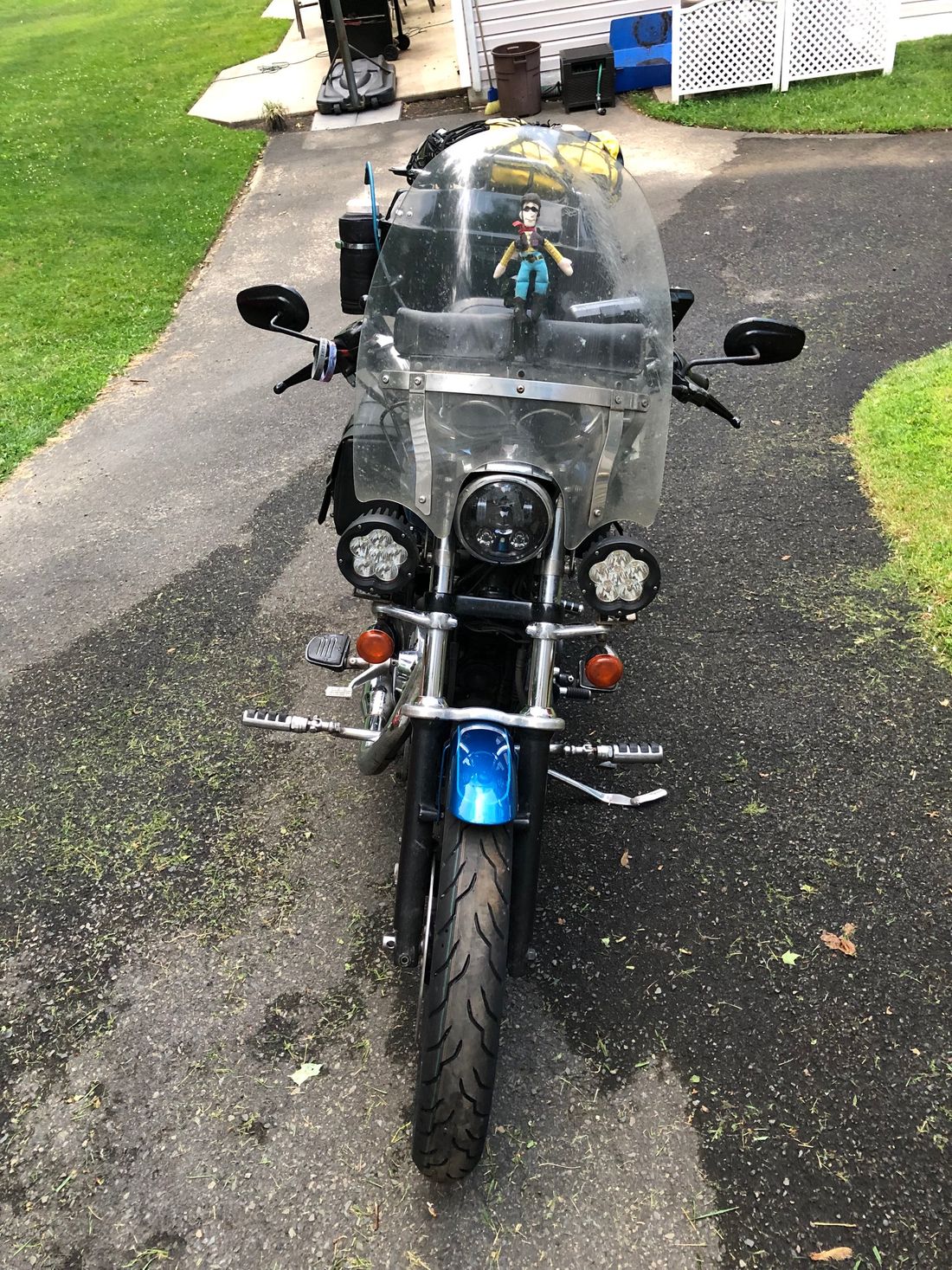 In order of possession:

Sadly, the last person who had Woody in England passed him along to an individual who

did not ride, who then, supposedly, passed him along to another person who

did ride. Reportedly, the last two people in this particular chain rarely have contact

and it is unknown where Woody is currently. Repeated emails to the last known person

to have Woody and requesting his return to me, at my expense, have proven fruitless.

Correspondence has ceased and there has been no contact with the last holder for months.

their support during the failed social experiment. It is just sad that the reliability, trust

and participation cannot be counted on by some people. I can only imagine where Woody

might have been now had the last people involved did what they claimed they would do.

Woody, you will be missed. 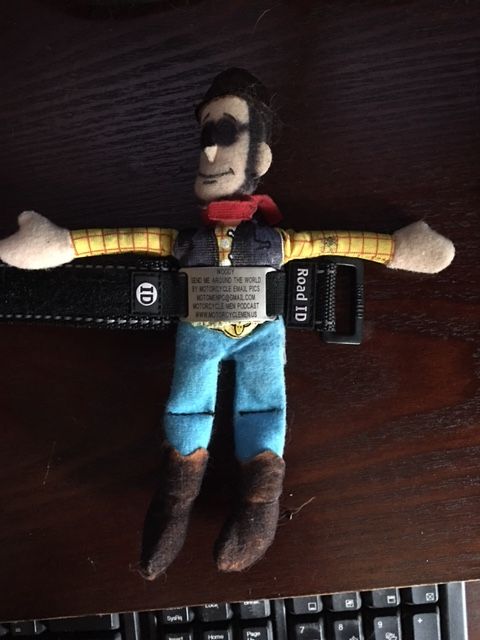 In order of from 1st to last